The Progressive Happy Hour: The Right-Wing Takeover of Our Courts - People For the American Way
Skip to main content

The Progressive Happy Hour: The Right-Wing Takeover of Our Courts 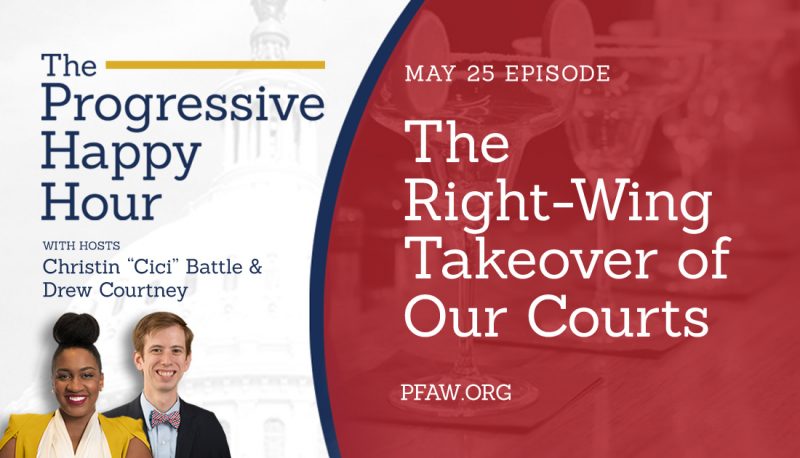 Since President Trump took office, his administration and Senate Republicans have been filling our courts with narrow-minded, elitist judges at a record pace.

In the May 25 episode of “The Progressive Happy Hour,” co-hosts Christin “Cici” Battle and Drew Courtney sat down with Lena Zwarensteyn, director of strategic engagement at the American Constitution Society, to talk about the right-wing takeover of our nation’s federal courts.

Lena outlined the ways in which many of Trump’s nominees are not just conservative but truly extreme figures, well outside of the mainstream of legal thought.

“If you walk through a courthouse and you only see people of one type, you’re probably not going to necessarily always feel heard—particularly if you are a person of color, a person of low-income means,” she explained. “We have now an administration that is actively de-diversifying [courts].”