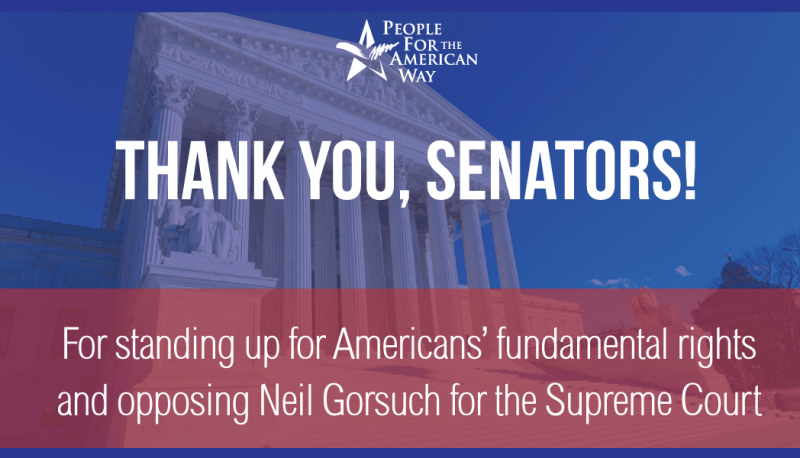 Four days of hearings on Supreme Court nominee Judge Neil Gorsuch underscored how much of a threat his approach to the law would be for workers, women, people with disabilities, and LGBTQ people. When he wasn’t defending himself for writing harmful opinions—one of which set a 10th circuit precedent that was unanimously struck down by the court he wants to join yesterday—he was conscientiously evaded hard-hitting questions from Democratic senators.

Senate Democrats were not impressed, and a wave of them came out in opposition to Gorsuch today.

All the Senators Opposing Gorsuch

Momentum is building among Senate Democrats to block Gorsuch’s confirmation, and they need to hear from you!

If they’re already opposing Gorsuch, say thanks! And if they’re not, urge them to take a stand and OPPOSE Gorsuch—a judge who sides with corporations over workers and consumers, dismisses women who have been sexually harassed, shrugs off the needs of people with disabilities, and could open the floodgates to even more money in politics. You can reach them by calling the Capitol Switchboard at 202-224-3121 and asking to speak with your senator. 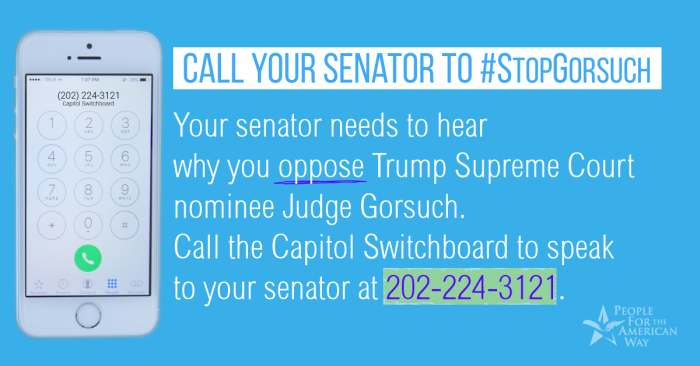