Why didn't Kavanaugh condemn Trump's mockery of Blasey Ford and other survivors? - People For the American Way
Skip to main content

Why didn’t Kavanaugh condemn Trump’s mockery of Blasey Ford and other survivors? 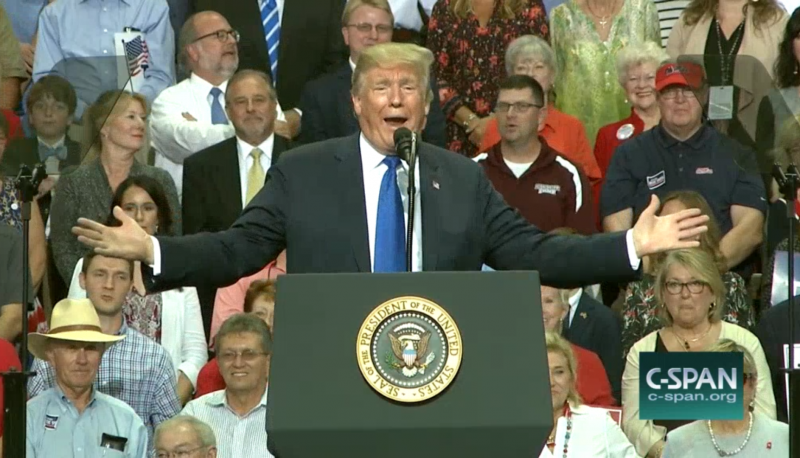 Brett Kavanaugh asks us to trust that if he is confirmed to a lifetime position on the Supreme Court, he would be independent of President Trump. So why hasn’t he condemned the president for his unforgivable mockery of Christine Blasey Ford?

This is not a difficult moral or legal issue: The president’s disparagement of Dr. Blasey Ford and other survivors of sexual violence was wrong. It was grotesque. It was far beyond the bounds of acceptable conduct from any elected official.

This would have been the perfect chance for Kavanaugh to show independence from the president with a quick forceful condemnation.

In fact, the fact that Trump put on that horrific display to help Kavanaugh made it essential that Kavanaugh quickly and forcefully call out the president’s conduct.

That is what someone who’d be independent of the president would do—especially someone who cares as much about women as Kavanaugh says he does.

He had the perfect opportunity in the long and unprecedented op-ed he just published in the Wall Street Journal, but he chose to protect himself instead. He did not mention Trump’s outrageous attack even once.

His silence tells us all we need to know. He should not be confirmed to the Supreme Court.