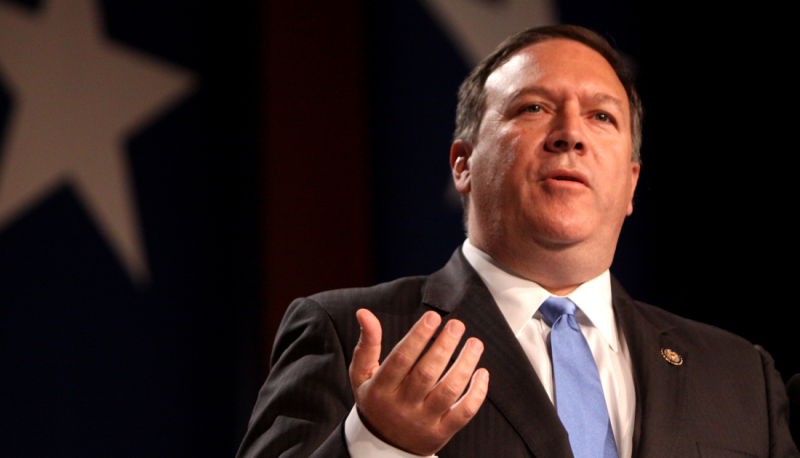 The State Department’s 2017 global human rights reports were yet another example of Trump’s “fake news” administration rearing its ugly head—reproductive rights information had been removed and there was limited reporting on gender-based violence. With drafting for the 2018 reports currently underway, People For the American Way and allied organizations, along with members of Congress, want the department to reverse course and restore its formerly robust reporting on the status of women and girls worldwide. You can download our organizational letter here.

As development of the 2018 Country Reports on Human Rights Practices begins, we are writing to raise our deep concern about significant changes in last year’s report, including the deletion of the reproductive rights subsection and limited reporting on prevalence and incidence of gender-based violence. The undersigned 97 civil society organizations call on the State Department to include robust reporting on the incidence and prevalence of gender-based violence and to reverse the decision to delete the reproductive rights subsection and ensure it is not repeated in the 2018 reports.

The State Department’s annual reports are an important human rights tool. The reports:

In addition, the process of preparing and drafting the annual reports provides a critical opportunity for foreign service officers to engage local civil society and human rights defenders about the issues and concerns facing them.

As the annual reports have historically shown, human rights are indivisible and universal. Striking certain threats or abuses against some marginalized communities or people, including women and girls, from the report sends a message to abusive governments that the United States turns a blind eye to such action and may embolden regression on women’s rights globally. When women’s rights are limited, so are broader pathways to empowerment—economic, social, political or otherwise.

Therefore, we are extremely concerned by the 2017 report, which removed all reporting on reproductive rights and scaled back reporting on gender-based violence from section six, signaling a dangerous backslide in the United States’ commitment to women’s rights abroad. Ambassador Michael G. Kozak explained the change to the reproductive rights subsection by stating that in virtually every country there is no obstacle to accessing contraception, except for limited availability in rural areas, and said that reports would refer readers to WHO reports with additional information.1

The Philippines chapter is just one example out of nearly all the countries in the report where this explanation does not hold up when comparing the difference between the 2017 and 2016 reports (for full 2016 text of the Philippines chapter, refer to Appendix A). The 2016 country chapter included a page-long assessment of the many ways government actors created barriers to critical health services, including information about a national inquiry into reproductive health and rights amid reports of local government units denying women access to services, including access to contraceptives. By contrast, the 2017 country chapter states “[t]here were no reports of coerced abortion, involuntary sterilization, or other coercive population control methods,” and refers readers to a WHO link for estimates on maternal mortality and contraceptive prevalence, though the cited publication does not address contraceptive prevalence and provides only modeled estimates of health data that does not account for a 2016 Supreme Court ruling impacting reproductive health access.2

The 2017 report also reflected a marked decrease in reporting on gender-based violence, specifically domestic and sexual violence against women and girls. It is particularly concerning that the section detailing some of the worst abuses and violence against women and girls was nearly silent on incidence or prevalence of domestic and sexual violence and gendered killings of women. A side by side comparison of the 2016 and 2017 chapters on El Salvador (Appendix B) illustrates the dramatic change to this section and reflects the broader change consistent in chapters throughout the full report.

During your confirmation process, you stated your commitment “to defending the human rights and dignity of all persons, regardless of race, ethnicity, religion, sexual orientation or gender identity” and “…following this policy… to [also] ensur[e] that the United States complies with the Convention against Torture (CAT) in carrying out my duties as Secretary of State…” Reproductive rights are human rights and encompass rights recognized in binding international human rights documents and other consensus documents to which the U.S. is currently a party, including:

Authoritative interpretations of international human rights law establish that denying women and girls access to reproductive health care is a form of discrimination and jeopardizes a range of human rights, including the rights to health, nondiscrimination and equality, privacy, information, and the right to decide on the number and spacing of children.4 International human rights bodies and experts have repeatedly stated that restrictive abortion laws contribute to preventable maternal deaths from unsafe abortions.

The government’s failure to report on these rights violations conveys a callous disregard for their impact on women and girls. Furthermore, it calls into question the administration’s commitment to established human rights norms that recognize government obligations to end such violations.

We strongly urge you to immediately reverse course and issue guidance to U.S. embassies around the world to ensure the 2018 report will include the full range of human rights violations and abuse experienced by women and girls.