Looking Back on 2018: 10 Accomplishments to Hang Your Hat On - People For the American Way
Skip to main content

Looking Back on 2018: 10 Accomplishments to Hang Your Hat On

It’s been a tough year—but you never stopped fighting. Together, with a strong coalition of members and partner organizations, we have gotten through two years of the Trump administration and GOP majorities in the House and Senate. The harm of the Trump administration’s attacks on immigrants and Dreamers, transgender people, people of color, reproductive rights, the press, government agencies and our democracy should not be understated, but practicing self-care means reflecting on when things are going well too. People For the American Way and affiliate PFAW Foundation – along with our incredible members – have been working non-stop to fight for civil and human rights and build the groundwork for winning—here are some highlights from that work:

Progressives went into 2018 with Trump in the White House, Republican control of the House and Senate and a looming midterm election. On the other end of this remarkable year, we are seeing a lot of hope. 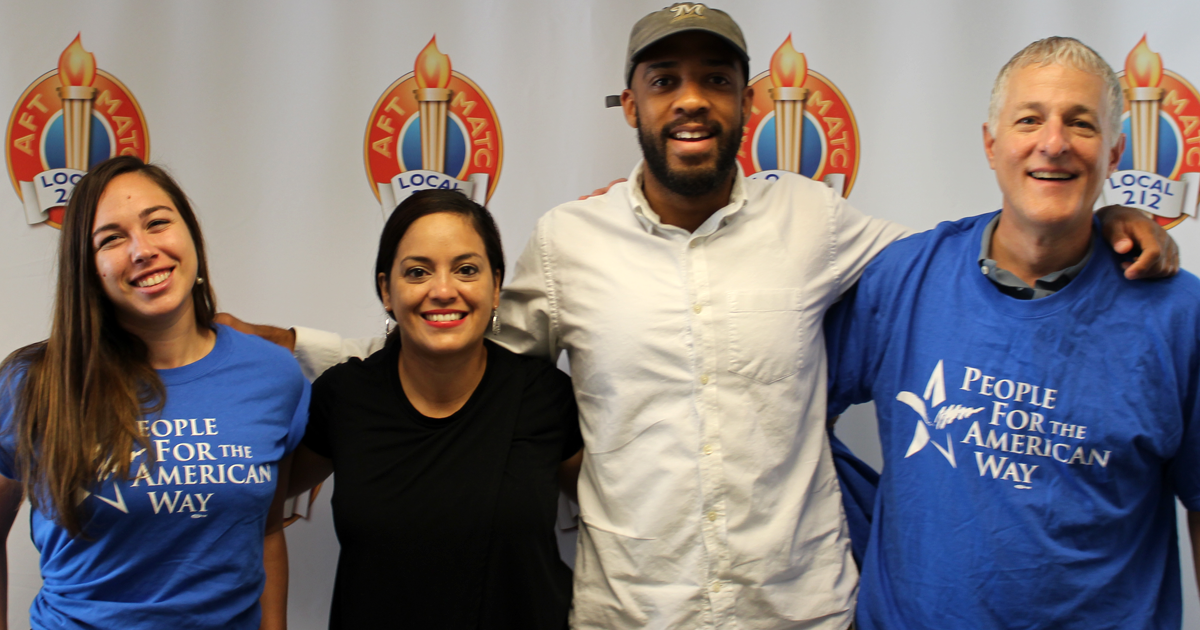 The blue wave came in 2018 with a flurry of young and diverse candidates. This election cycle we saw Democrats take the majority in the House with a net gain of 40 House seats, plus seven governors seats. More than 380 state legislative seats flipped blue helping to pick up seven more majorities in state legislatures and ending Republican supermajorities in five. In Wisconsin, Mandela Barnes, endorsed by PFAW’s Next Up Victory Fund, was elected Lieutenant Governor, becoming the first African American and youngest-ever person elected to the seat. Anna Eskamani, also endorsed by Next Up, will become the first Iranian-American state lawmaker. Next Up’s Canek Aguirre will be the first Latino ever on the Alexandria, Va. City Council, while Mo Seifeldein will become the council’s first immigrant. PFAW-endorsed Ilhan Omar and Rashida Tlaib will become the first Muslim women in Congress when they take their seats as U.S. representatives for Minnesota and Michigan, respectively. Next Up’s Yvanna Cancela will become the first Latina to serve in the state Senate in Nevada, where Jacky Rosen was elected to the Senate making both of Nevada’s senators women. The list goes on. PFAW supported the candidates by sending and rallying volunteers, knocking on doors, phone banking. 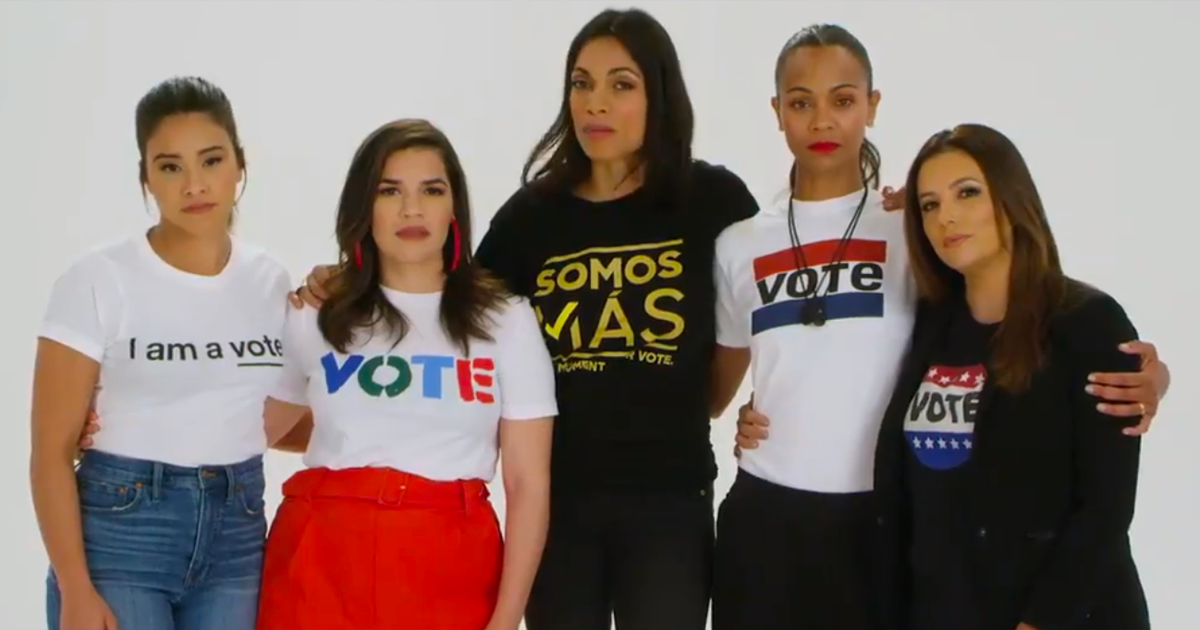 The midterms saw many Latino voters cast a ballot for the first time in 2018. PFAW’s Latinos Vote program rallied volunteers to knock on doors, co-hosted media events and rallies and ran Spanish-language ads in swing states with prominent Latinos, like PFAW board member and activist Dolores Huerta, comedian Cristela Alonzo and actress Eva Longoria. Rita Moreno also joined the fight and was featured in ads for Puerto Rican voters who were displaced by Hurricane Maria and eligible to register to vote. 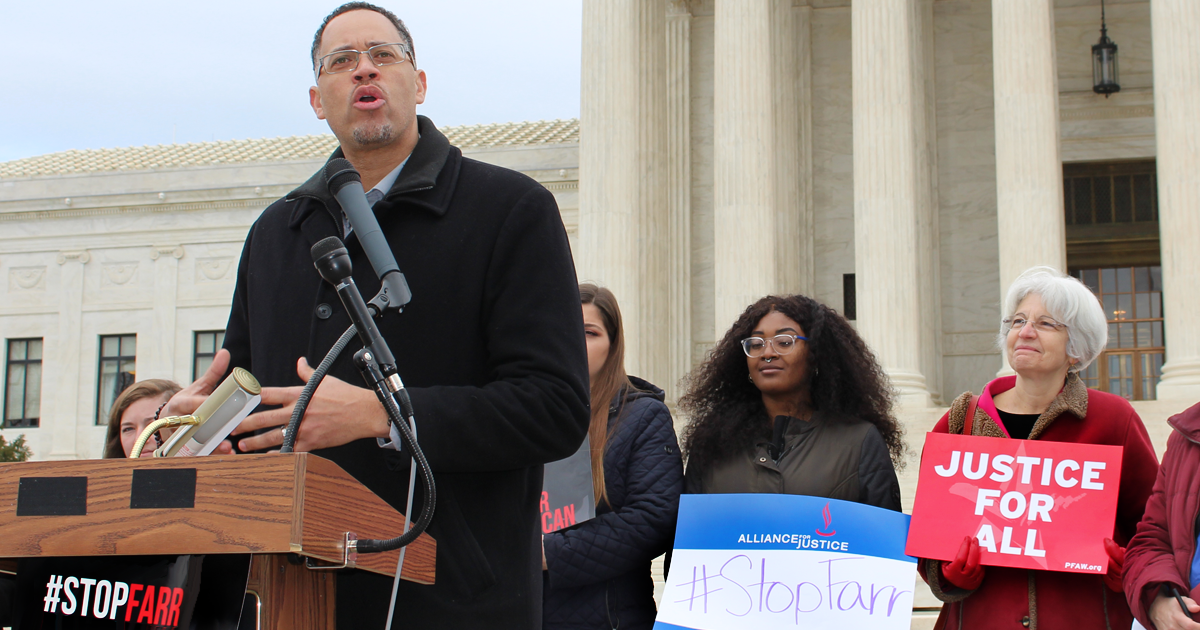 More Democratic voters are showing up for the judiciary. Since the 2016 election, fighting back against Republicans’ packing of the federal courts has been an uphill battle. But two nominees with racist records, Thomas Farr and Ryan Bounds, were unable to be confirmed. During the campaign to stop Farr, Reverend Dr. Anthony Spearman, a member of PFAW’s African American Ministers In Action program, led clergy from Washington, D.C., Ohio, Alabama and more to organize sign-on letters, visit U.S. senators, and lead media events. Advocacy like this and the harrowing anti-Kavanaugh fight has helped progressives make tremendous gains in how voters think and talk about the courts. During the 2016 election, only 41 percent of Clinton voters said that Supreme Court appointments were the most important factor in their vote, but by September 2018 that number jumped, with 81 percent of voters who were planning to vote Democrat saying the nation’s highest court was very important. Through your advocacy against bad Trump judges and justices and sharing the news online and at the kitchen table, voters are learning about the impact of the courts on everyday people and on our democracy. When activists pay attention and share the news, so too will more media outlets, local representatives, Congress and, ultimately, the voters. 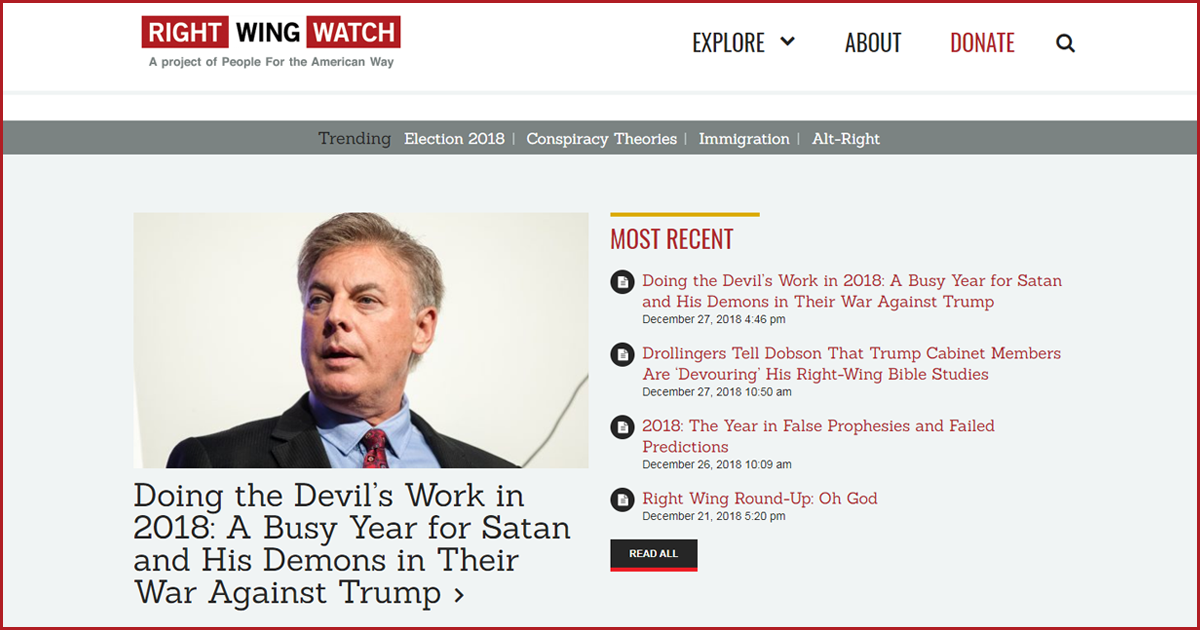 As Religious Right leaders and far-right players wield immense power in the Trump White House, reporters at PFAW’s Right Wing Watch don’t let it go unnoticed. Jared Holt’s reporting got Alex Jones’ Infowars programs, which regularly spout violence-inciting conspiracy theories, tossed off Spotify, and exposed popular YouTube personalities that promote white nationalist and anti-Semitic content on their channels. Through election season, the Right Wing Watch writers published 151 posts exposing far-right activity around the midterms – including from Christian nationalists, Neo-Nazi robocalls, dominionist gatherings and the candidates themselves. The team also attended and watched countless rallies, conferences and press events to provide live and in-depth coverage of the people who are driving the Republican Party’s agenda. The content was picked up by local and national media outlets bringing the news to more voters and influencers across the country. 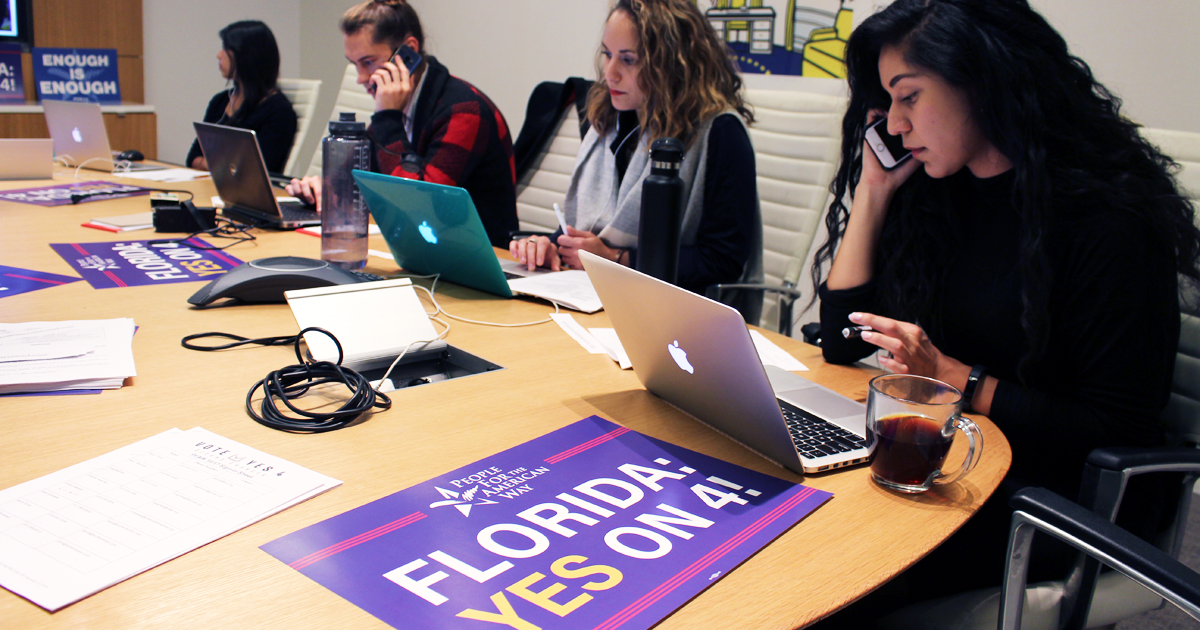 The passage of Florida’s Amendment 4 was a strong victory for democracy and the 1.4 million people who have now regained their eligibility to vote, reducing the number of states that still disenfranchise at least some people with past convictions to eight. The Supreme Court case against partisan redistricting in Wisconsin, Gill v. Whitford, was kept alive when it was sent back to the lower court for a new round of arguments. And since Democrats won the House majority, Leader Nancy Pelosi is committed to bringing to a vote a comprehensive package of democracy reforms, including addressing voting rights, partisan redistricting and money in politics, so that voters voices are truly heard. 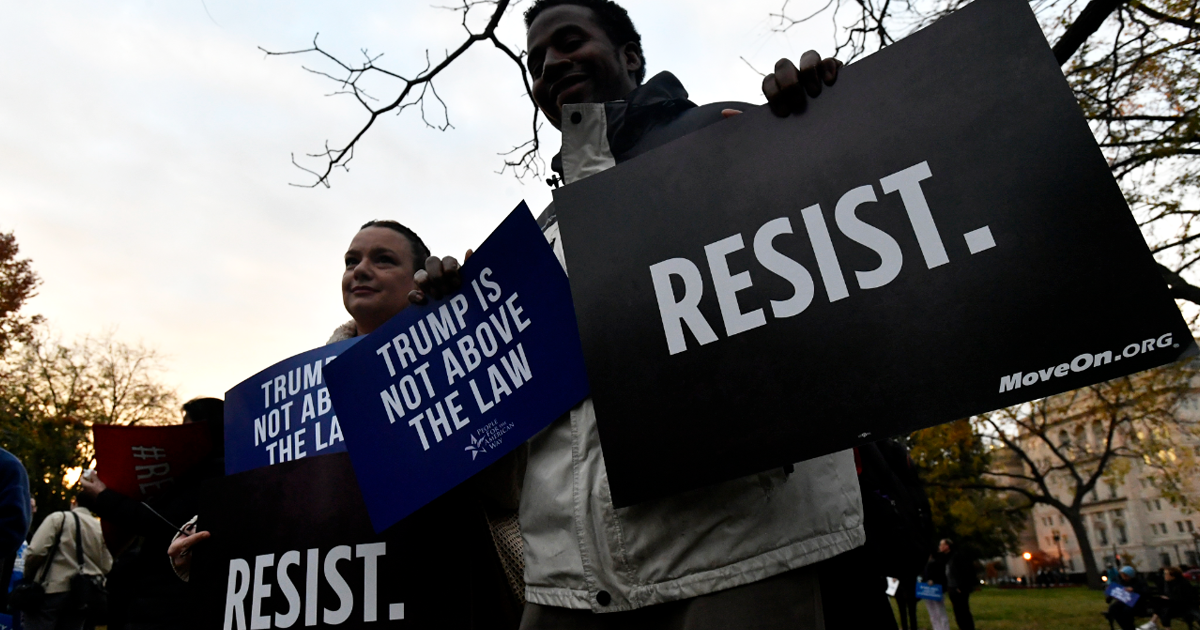 In the summer of 2017, Donald Trump ordered the firing of Robert Mueller. But that still hasn’t happened. As the Mueller investigation continues to root out criminal wrongdoing and get to the bottom Russian interference in the 2016 election, it remains strongly supported by a majority of the American people, despite Trump’s best efforts to delegitimize it. Trump’s attacks are bound to pick up as nearly every organization he has led comes under investigation and federal prosecutors and the special counsel are dropping bombshells back-to-back, but Americans are continuing to fight for a full and fair investigation—for the sake of our democracy. And PFAW has been proud to help lead this effort as one of the organizers of the Trump is Not Above the Law coalition. 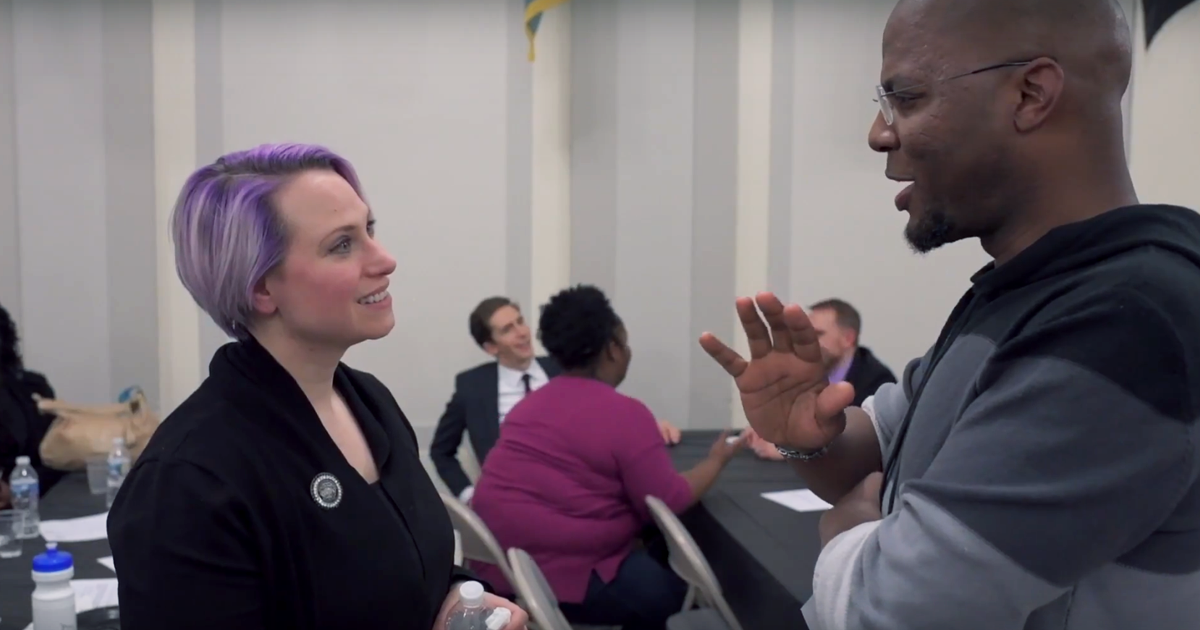 Millennial elected officials launched America’s Cabinet on the eve of Trump’s first State of the Union address. The shadow cabinet, made up of state legislators and city officials 35 years old and younger, released a collaborative vision for how American could live up to its promise. In September, the group called on gun manufacturers and distributors to take action in the battle to end gun violence. The officials who were nominated for the non-partisan project mirrored the diversity of the young progressives that would win elections across the country in November 2018.

Programs of PFAW Foundation, including the Young Elected Officials (YEO) Network, Young People For (YP4) and African American Ministers Leadership Council (AAMLC), helped to develop hundreds of leaders within their networks to engage local communities in progressive advocacy and voter education. This year, the programs saw unprecedented growth among their members and in their member programming. 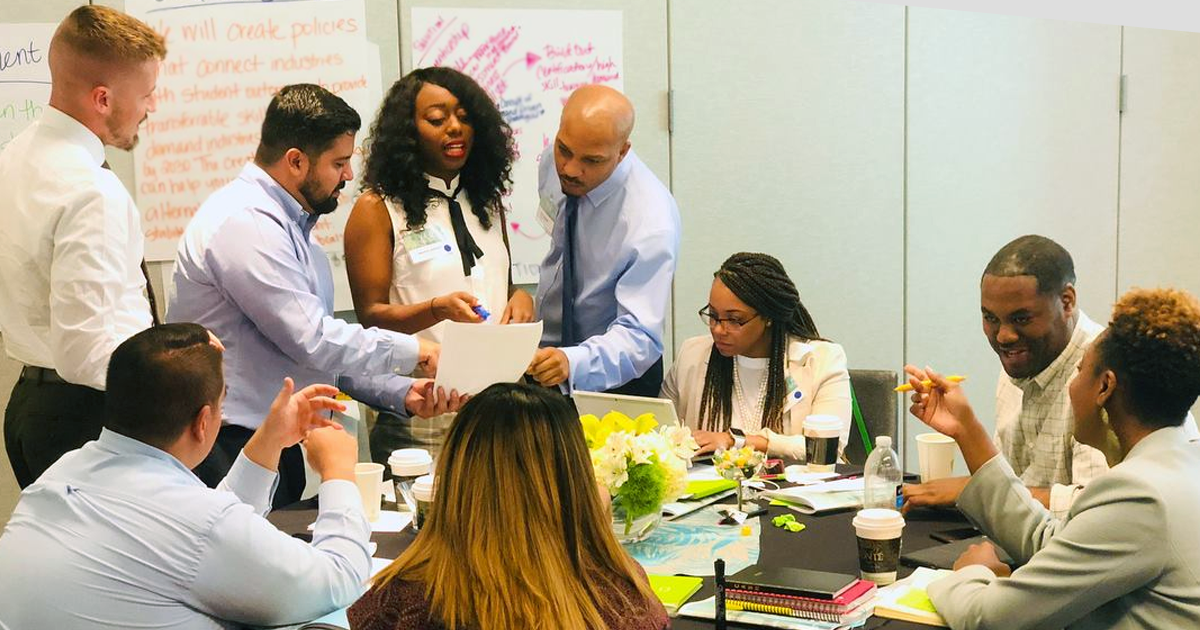 The Young Elected Officials (YEO) Network hosted its 13th annual National Convening in Seattle where more than 100 progressives who are elected to local office worked together to develop their policy decisions and leadership skills. We were proud to welcome many alumnae and distinguished officials including Washington Lieutenant Governor Cyrus Habib who gave the opening speech. The convening closed with a plenary session on the future of feminism in political leadership which is being expanded to a YEO Network Women’s Conference in 2019. In March 2018, 50 young elected officials gathered to learn how to develop effective justice reform policies at the Justice Reform and Community Reinvestment Policy Academy. And the National Black Caucus of the Young Elected Officials Network (NBC YEO) launched an open letter to the Trump administration to call for specific and immediate actions to end police violence against Black people. Additionally, YEOs across the country passed critical bills to “ban the box” in Ithaca, New York; to give San Francisco residents free access to the city college; to adopt paid family leave for municipal employees in Greensboro, NC; to make naloxone, used to reverse opioid overdoses, more accessible in New York; to develop a task force for affordable preschool in Pittsburgh; to allocate funds to support undocumented immigrants in Washtenaw County, MI; and so much more. We’re excited to welcome new members who were elected in the November 2018 elections into the fold. Learn more about Young Elected Officials Network now. 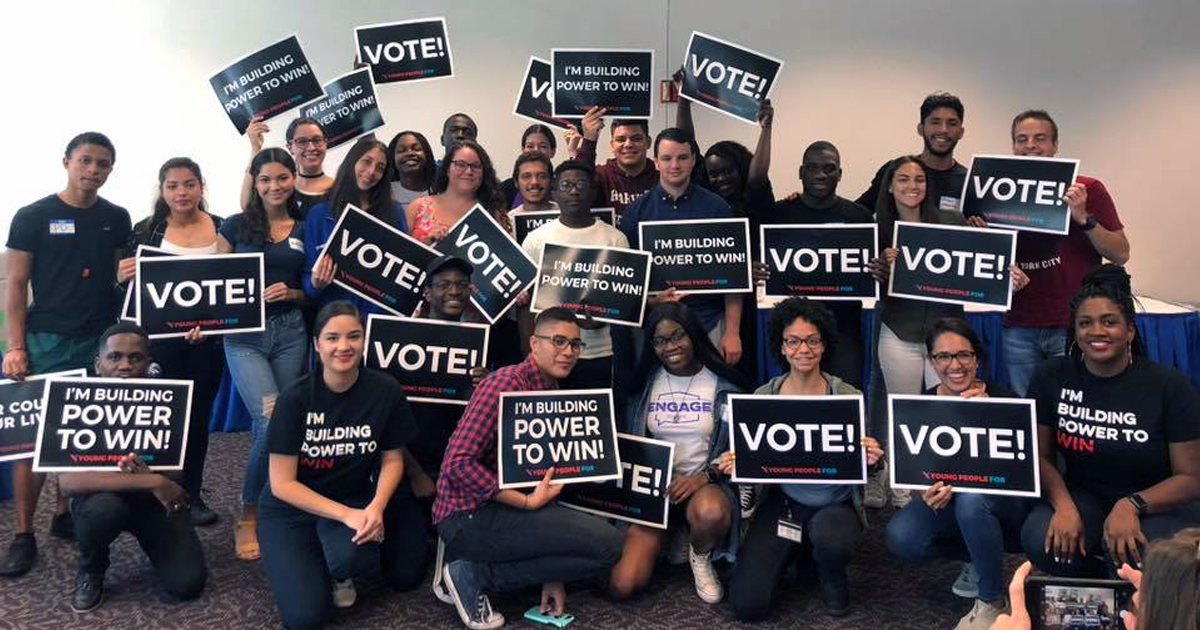 Young People For (YP4) engaged young people and communities in 40 states, and two U.S. territories, in holistic civic engagement as the springboard for long-term systematic change. YP4 traveled to campuses and communities – and supported their network members to engage, train and activate young people and community builders in the midterm election and beyond. They crafted two campaigns: One to unpack how the federal courts impact their work and lives — including members shared stories on social media, through art, and more using #OurCourtsOurLives. And two, the Building Power to Win Vote Road Trip that brought free holistic civic engagement trainings to communities who are more likely to be alienated from the political process to activate far beyond the midterm elections. Notably, YP4 graduated another class of fellows this spring, selected a new class of college-aged people, hosted a Courts Matter summit and the annual Vote, and National Summits, and attended many more rallies, panels and events. This year, YP4 launched a new initiative to reach out to young people in U.S. territories, where residents are systematically excluded from the political, social and economic benefits of U.S. citizenship. To increase life-long value for all members, YP4 also worked with more alumni than ever to lead trainings and skill-building webinars, host networking events, as well as provide ongoing support for their Blueprints for Social Justice – the largest class of alumni also attended National Summit to lead and participate in trainings tailored to their needs as they grow in their activist and professional careers. 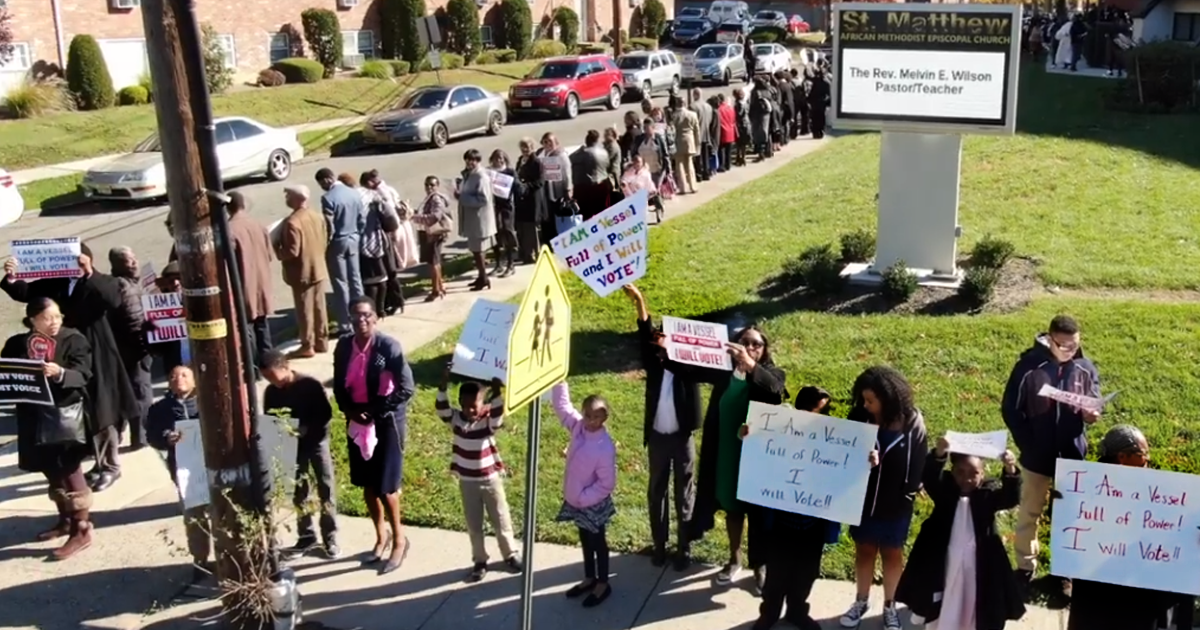 African American Ministers Leadership Council (AAMLC) trained community leaders to expand their knowledge about and role in opportunities for long-term community change. The program, which advances social justice through civic empowerment and faith-based civic engagement, prioritized training trainers to raise awareness on critical issues, increase competency in issue framing, and improve organizing. Through the VESSELS Vote! program, over 50 “courts matter” train-the-trainer events took place across 60 cities and 12 states while over 1,900 African American faith and community leaders were trained in capacity-building across 75 nonpartisan events. In the 30 days leading up to the Florida midterm election, over 156,000 “Why Vote” pieces of literature were distributed and a media campaign raised awareness of voter suppression and educated voters about Amendment 4, which restores voting rights for formerly incarcerated persons.

People For the American Way is fighting back. Join us!