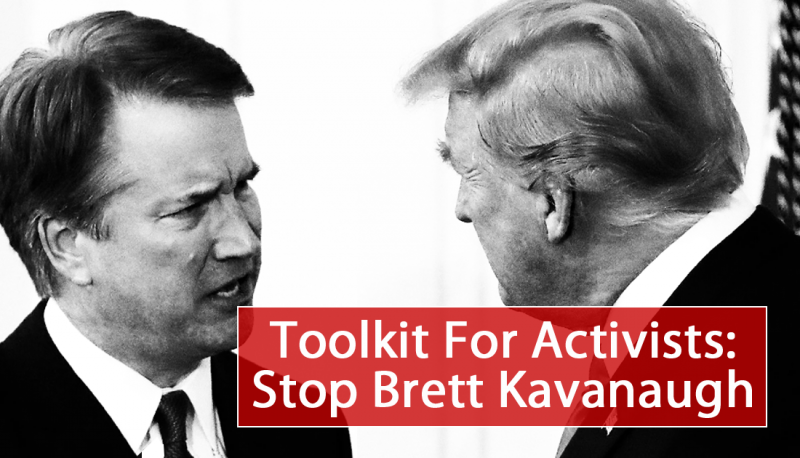 Donald Trump was clear about what he was looking for in a Supreme Court justice, and Brett Kavanaugh fills the bill. Kavanaugh was chosen as a gift to right-wing activists who have spent decades working to take over the Supreme Court to push their own extreme agendas. Kavanaugh’s record shows that he would not hesitate to gut Roe v. Wade or dismantle the Affordable Care Act. And his writings raise serious concerns about whether he would be an independent check on presidential abuse of power. There are potentially more than a million pages of records from Kavanaugh’s time in the Bush White House that the American people and the Senate don’t have yet and might not get to see at all before the hearing and vote on Kavanaugh’s nomination for a lifetime seat on the Supreme Court.

Confirming Kavanaugh to the Supreme Court would roll back the clock on rulings that protect women, people of color, workers and the LGBTQ community. We’ve already seen far too many rulings designed to protect the interests of corporations and the wealthy above the rights of all Americans. Giving a narrow-minded elitist like Judge Kavanaugh a lifetime seat on the Supreme Court would open the floodgate to more of the same bias favoring the wealthy and powerful—and endanger the civil rights we hold dear.

In this toolkit, you will find resources to help you organize in your community and online to help stop Brett Kavanaugh’s nomination to the Supreme Court.

Print these fact sheets to bring to your senators, write a letter, share at a rally, and more.